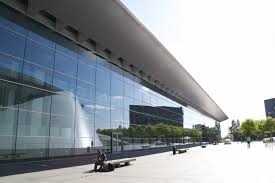 The FIABCI 65th World Congress provides an opportunity to visit Luxembourg’s beautiful country and discover places you have never before seen. Several informative social tours have will be offered which will take place during the Congress including:

Enjoy a walk around the city, accompanied by an experienced tour guide who knows all the great places to visit.  Explore the most beautiful corners and attractions of the city centre including the Place d’Armes, Constitution Square, Government District, Corniche, Old Town, Grand Ducal Palace (outside) and Place Guillaume II.

Discover the cultural section of the ‘European Quarter’ in the heart of the City.  Among the many attractions are:

Built on a field neglected for many years, this new urban and dynamic neighbourhood has become the pride of the Luxembourg population. It is home to a variety and an abundance of companies and leisure activities.

The visit will begin in the former ‘massenoire’ industrial hall, which has been transformed by Fonds Belval into an exhibition venue. Visitors will take a tour of the city quarter and will see the former blast furnaces. Two visits will follow with a tour of the “Maison du Savoir” and the “Maison des Sciences Humaines.” The tour will continue to the “Place de l’Académie,” which forms the hub between the train station, the future university, the Rockhal, the Belplaza and the BIL bank building. The tour will end with a visit to the train station and the “Place de la Rockhal.”

Visit castles, take a walk beside the Moselle River or spend some time in Little Switzerland (a nickname given to this area because of the reputed geographic similarities to Switzerland.  The landscape dominated by craggy terrain, thick forests, some caves and a myriad of small streams).

Lead your team to victory during an epic laser game battle.  The game is simple: during each 30-minute session, each player is equipped with a laser vest and gun (safe and in accordance with the EU norms) and passes through an obscure labyrinth puzzle. The objective is to deactivate as many adversaries as possible.

During the FIABCI 65th World Congress, there will be a unique opportunity to visit the European Court of Justice and we will have the honour of welcoming François Biltgen, Judge, for an outstanding presentation during a half-day dedicated to Real Estate Opportunities.

Enjoy a unique tour around Perl (Germany), Sierck (France) and Schengen (Luxembourg). Two bridges which cross the Moselle river join these three cities. For 42 kilometres, the Moselle river forms the border with Germany. Stretching from the ‘Three Country Corner’ in the south to Wasserbillig in the north, its western banks are marked by perfectly tended vineyards surrounding picturesque wine-growers’ villages. Although in close proximity and connected by the two bridges, each country retains its own culture. You will have a unique opportunity to experience each country as you cross a bridge and discover a new culture.

Find out the rates of each tour here