Luxembourg is located at the heart of Europe 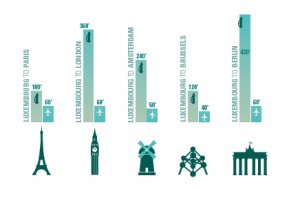 The road network is very good all over the country. All roads and motorways are toll-free.